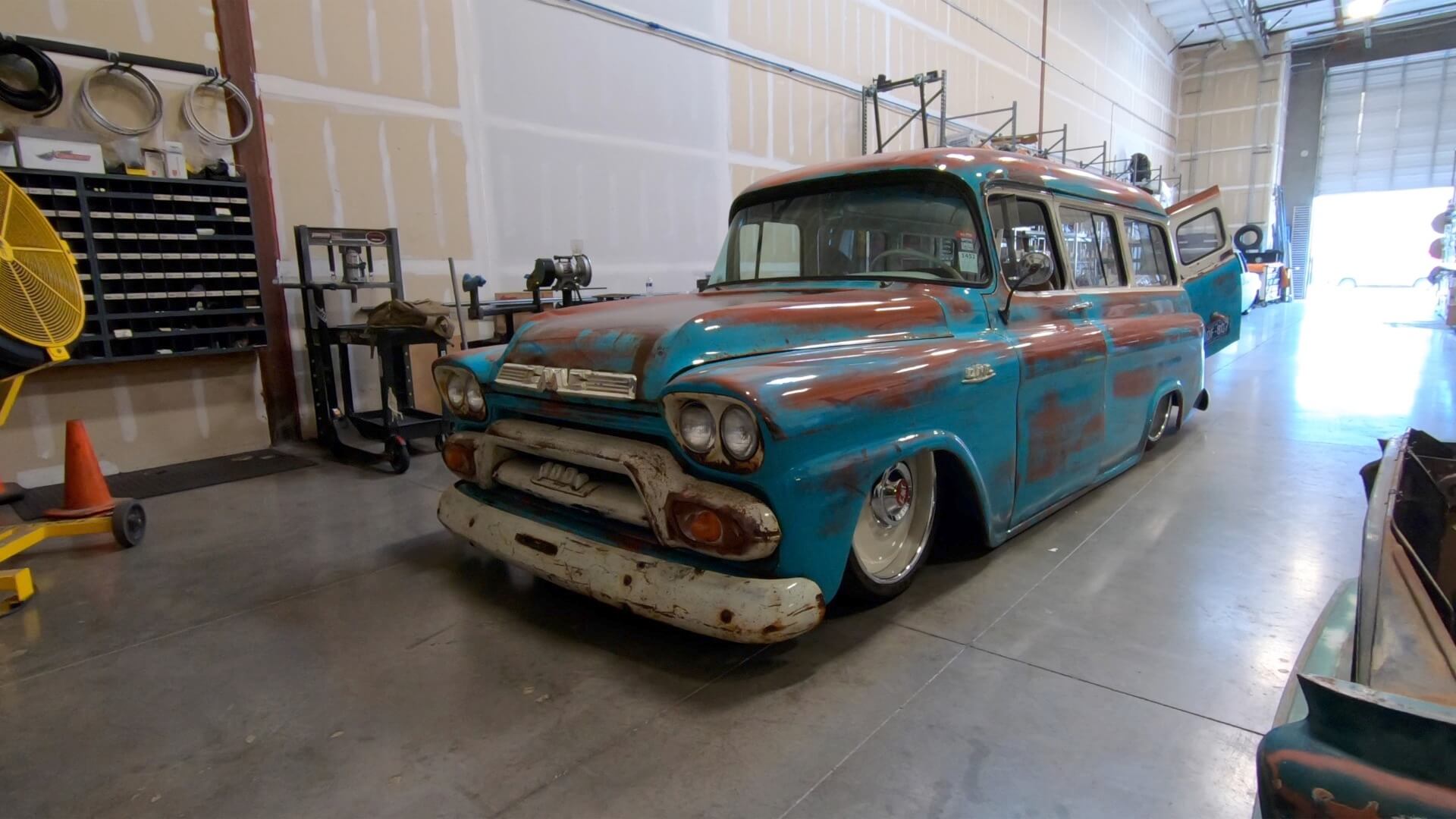 In recent years, two popular options have come up for trucks: Partial and full chassis kits. A partial chassis kit is usually a front crossmember and suspension for one part, and a back-half for the rest. By the time you’re done, you’ve got a truck that’s built to your specs. Then there’s a full chassis kit, which is, well, a full chassis; it’s everything you need, minus a motor, cab and sheet metal.

But which is the right one to choose? It depends on a lot of things.

The pros and cons of a partial chassis kit.

If you’re like many project owners, you don’t have all the money today to build the truck you want. As a result, you buy the pieces you need when you have the money, and that may take a few weeks or even a few years to get done. No big deal.

That’s one of the advantages to a partial chassis kit. Oftentimes they come in two parts — front crossmember and back half — and that means that you might not have all the cash at one time. Then you buy one part, sit on it for a bit, then buy the next. Sure, you’re delaying the process potentially, but as long as you’ve got the parts, who cares how long it takes?

Another edge is with the installation. Although you may want to pull the cab off the frame, you don’t strictly have to when you install a back-half kit. And you definitely don’t if it’s just the front crossmember. This means that the big and unwieldy part of your truck — the cab — can stay in one place while you do the other stuff as needed. You can also just rattle can the parts if you want to, which also doesn’t require stripping off extra parts.

On the downside, all of these parts are bolted in, while everything on a full chassis is welded. Is there a strength issue there? Not if you do the job right, but that means torquing down a lot of bolts properly. If you don’t pull off the can you also won’t get a totally cleaned chassis out of the deal, and that also means it will be rattle canned. Is that OK with you? Depends on the builder, but a lot of folks would rather have powdercoat. And because it’s a partial kit, you also have to do some of the work yourself (or pay someone to do it for you). A full chassis kit also requires assembly, but not fabrication, which is required to a certain extent with back-half kits.

The pros and cons of a full chassis kit.

Let’s get this part out of the way right off the bat. If you’ve got a project truck that’s more of a project shell, a full chassis is an ideal way to go.

How would that happen? Well a great example are the 1967-1972 C/10s. There aren’t as many of them as there used to be, and so sometimes all you can find is a cab with a title. What do you do then? It’s easy enough to buy new sheetmetal for pretty much everything else on that truck including the bed, so all that’s left is a chassis. Pick one up, bolt everything onto it and you’re good to go. Easy.

Another advantage? They’re one and done. When you buy a full chassis kit it comes with everything you need to set it up the way you want. There are kits with coilovers and ones with bags. Ones built for LS engines and others for small blocks. There’s pretty much a chassis out there for whatever option you want, you just have to look for it.

The downside? Well, they aren’t cheap. Most chassis kits run upwards of $10,000, and although they come with a ton of stuff, that’s still a lot of money. In some cases, it’s more than you may have paid for the truck. While you might be able to sell your existing chassis for a bit of cash, it won’t be $10k, so that’s something to consider.

Other bummers? Taking apart a perfectly good truck to put it on another chassis is not easy or fast. Think about it: Everything has to come off the old truck and go onto the new chassis, and then sometimes you’ve got to test fit everything just to blow it apart again. Is it worth it? In most cases, yes. But still, it’s nothing to shake a stick at.

So which one is the best option?

Hate to sound like a broken record here, but it’s really up to you. If your build is based around a budget that comes in drips here and there, or you just can’t afford a full chassis, then go with a partial chassis kit. It’s easy enough to install, and you’ll get a similar result. But if you’re really angling for a full show truck and you have the money, a full chassis is a really nice option. It allows you to build most of the truck before you take the actual truck apart, or, if you have just a cab to work with, it’s the best option you’ve got.

So which one is right for you? Well which camp do you belong in? Figure that out and the choice will be made for you.