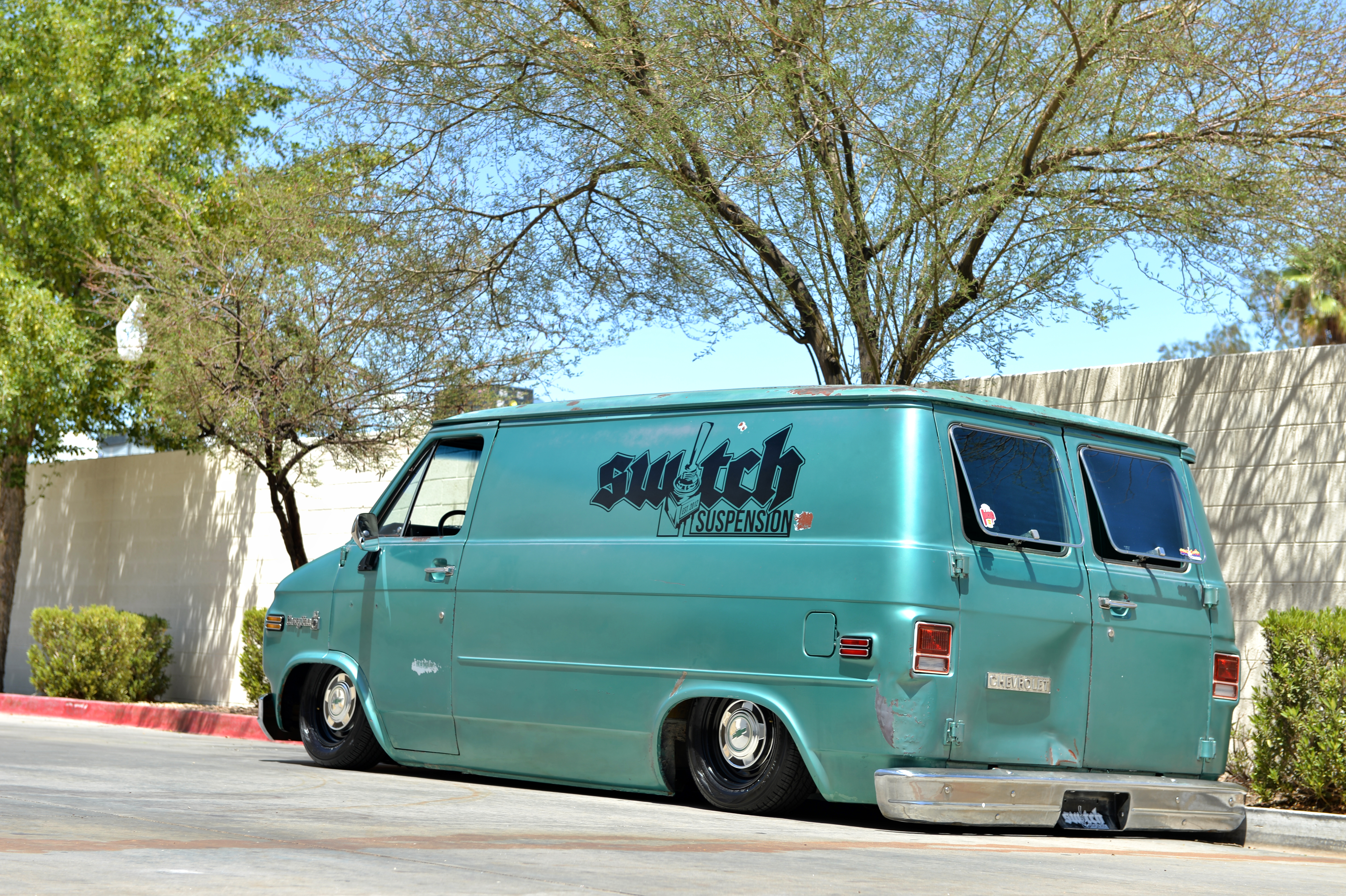 If you were building a car or truck back in the late 1990s, there was one main question that you asked: Bags or hydraulics? It tended to fall into one of two camps: Car guys would pick hydraulics because there weren’t very many airbag kits out there, where truck guys would go with bags because of the ease of installation. It was kind of a golden age of suspension choices.

But today, the question is a lot tougher. The market has spoken, and there are very few hydraulic component manufacturers out there, and  lots of choices for airbags. So which way do you go on your ride? Well, it’s kind of an easy decision — except when it’s not.

The pros and cons of airbags.

Airbags can be a lot of fun. At their core, they do a pretty straightforward job: They lift your vehicle up and down. But, with a little bit of tweaking, you can also hop the front or back off the ground, or just take it for a little dance. Airbags, therefore, serve both a utilitarian purpose, and a fun one.

On the downside though, no adjustable suspension system is 100% reliable. You can get close, and airbags are certainly there. But there may be problems along the way. Lines can break, potentially leaving you stranded and waiting for a tow truck. Relays can short out, making it more difficult for you to raise or lower the vehicle. And other technical scenarios can also arise that put you in a world of hurt.

So on the pro side, we’ve got a relatively reliable adjustable height system for your vehicle, which can be a lot of fun to operate. And on the cons, it’s whether or not you really believe that airbags are reliable or not. For the record, they are, just not 100%.

The pros and cons of hydraulics.

Now hydraulics are a completely different beast for a number of reasons. Let’s start with the batteries. You need multiple dedicated batteries to power any hydraulic system worth its salt (Yes, there are people running a single pump off one battery, but let’s be realistic here, those are always the edge cases). Batteries can get messy, particularly if they’re the traditional, acid-filled kind, and not the gel cells. Battery acid also has a nasty tendency to eat through stuff, and that’s no fun for anybody.

Then there’s the system itself. Hydraulic setups use hydraulic fluid, and when it leaks, it’s messy. And yes, this is the point a lot of hydraulic haters out there bring up, but it does bear mentioning. If you get a leak and it’s in your truck bed, that can take a good amount of work to clean up. And if you don’t, that oil attracts dirt like a magnet, making for an even ickier mess. Nobody wants to deal with that.

And finally, reliability. Look, hydraulics are fun and stuff, but they’re just not reliable. Between motors shorting out, keys breaking, lines busting, leaks, dump seals and cylinder issues, they’re just not the best ride for a daily driver.

With all that said, are there pros to even mention? Absolutely.

Nobody can hop like a car on hydraulics. Bag guys try, but it’s just not the same as that perfect rebound that you can get from coil-under on a Chevy car or truck. And when it comes to hitting switches, there’s a very visceral feel that one gets when pushing a switch extension on direction or the other on a car or truck with hydraulics. There’s just nothing like it. Oh, and yes, the ride you can get from hydraulics can absolutely be comparable to one with airbags, if not better (accumulators are amazing).

So what’s your choice?

Look, the answer is pretty clear: It’s airbags. There are very few hydraulics companies out there anymore, and most of the big ones have gone away. Meanwhile, there’s tons of options for a clean airbag setup, from cheap to expensive and everywhere in between. It’s difficult to accept that hydraulics went from being “the” cool thing to a niche product, but it is what it is.

All that said, no matter which one you choose, you’re going to have a ride with adjustable suspension. And that makes you cool — it’s a fact.