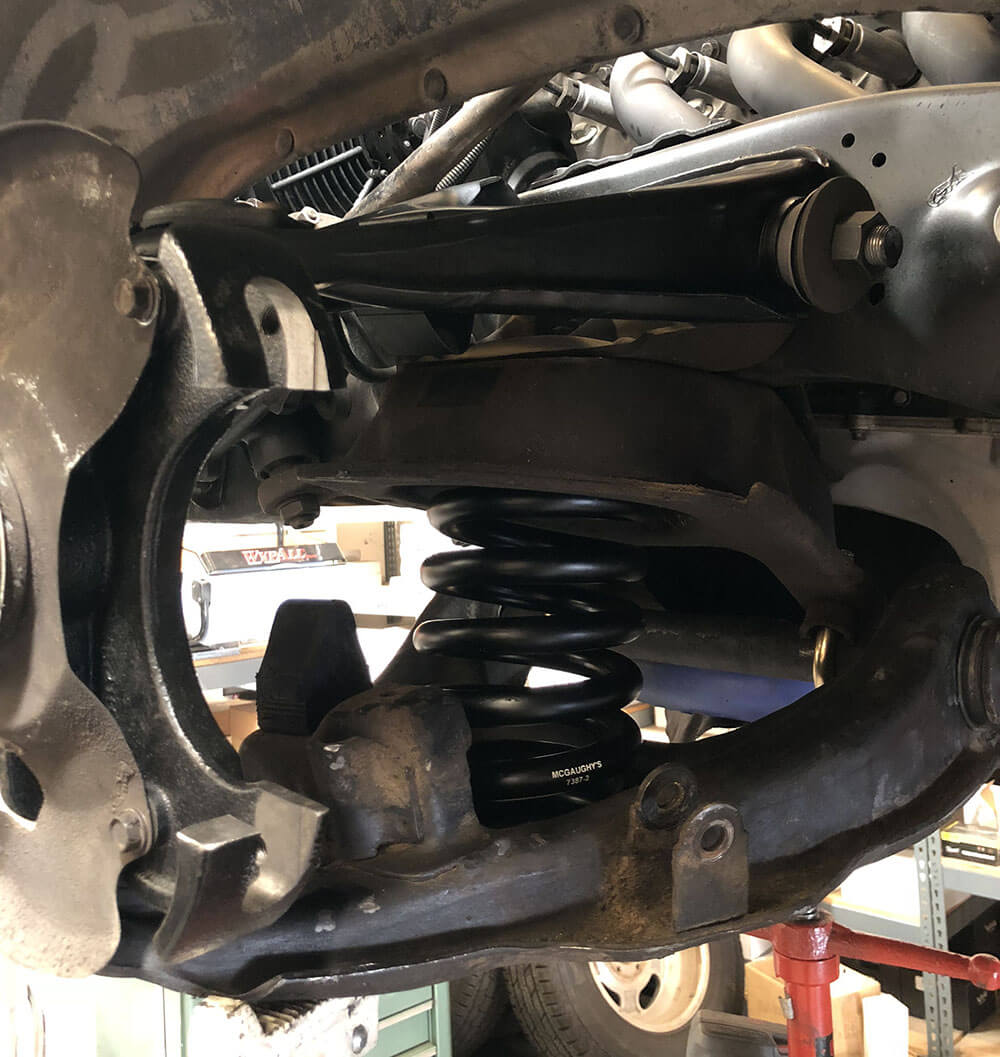 OK, let’s pack it up. Quickest. Blog post. Ever.

We kid, but in all seriousness, the answer is pretty straightforward. Yes, if you install lowering springs then you need new shocks. But why? well that’s a whole other story.

What do shocks do, anyway?

First, let’s break down the logistics of the whole thing. Your coil springs and shock absorbers serve two different, yet similar functions. Both are there to control your ride quality. But the while the coil springs suspend the weight of the vehicle itself, they don’t provide any ride control. If you were to have a car or truck with no shocks at all, then it would float endlessly until the vehicle stopped driving.

Now shock absorbers, they handle the ride quality part. They take that up-and-down movement from the coils, and smooth it all out. They’re there to make you comfortable, sure. But they also are a big safety component. That car without the shocks that we talked about before? If that vehicle goes to slam on the brakes, it won’t stop anywhere near as fast as an identical model with shocks. That’s because the wheels will be going up and down so much with every bump that there won’t be a consistent tire patch on the ground. And that lessens your stopping distance.

The point here is that shocks are an integral part of your suspension. Which brings us to …

Why do I need new shocks if I lowered my ride?

So far we’ve talked coils (springs) and shocks. And you know that the two of them work in harmony, so it stands to reason that they’re built to function essentially as a pair. Meaning, you can’t just put a shock absorber from an ’89 Cutlass into your 2019 Silverado. But again: Why?

It comes down to travel. See, your coil springs will allow your suspension to go through a certain amount of travel — both up and down — before it ends up neutral in the middle. The shock absorber has to have the same range of motion as the coil, that way it’s able to keep it under control. Now here’s where the lowering springs come into play: A lowered car or truck typically has less travel than a stock vehicle.

Here’s another example. You buy yourself a Subaru, and let’s say it gets 8 inches of travel — that’s four inches up from neutral and four inches down (from the perspective of the wheel; since the spring and strut are on the control arms, their leverage point is different and therefore they won’t have an actual travel amount that far). The car is 6 inches off the ground anyways, so no big deal. Even if the car bottomed out the suspension, there’d still be two inches of clearance.

Now let’s say that you install 2.5-inch lowering springs on the car. This will shorten the distance between the lower control arm and the top of the strut tower, bringing your overall height down the desired amount. Your suspension can still cycle a good amount, but now you’ve got a stock shock in there. Because the spring is shorter, the shock is now collapsed 2.5 inches at its neutral position. Basically, it’s operating from a point below where it’s comfortable.

As a result, you’ll bottom out the shock sooner. It’ll be able to travel up higher than your suspension will probably go. But down? It’s hosed. The end result is that your car will likely never hit concrete when you’re going over a big dip, but it’ll feel like you’re hitting it because you’re collapsing the spring all the way.

What makes a lowered shock different?

A lowered shock absorber is shorter than stock. It’s designed so that when it’s paired with a lowering spring it will have a full range of travel for that particular suspension. Your shock won’t be able to bottom out the same way, because it’s made to work with that kind of setup.

Again, this is key, and not just for ride quality, either. Yes, that’s important — nothing is worse than riding on a car that’s constantly bouncing off the bumpstops — but it’s a safety issue. Cars that bottom out frequently also have tire contact patch issues, and that, again, can cause braking issues. It’s just not the safe way to go.