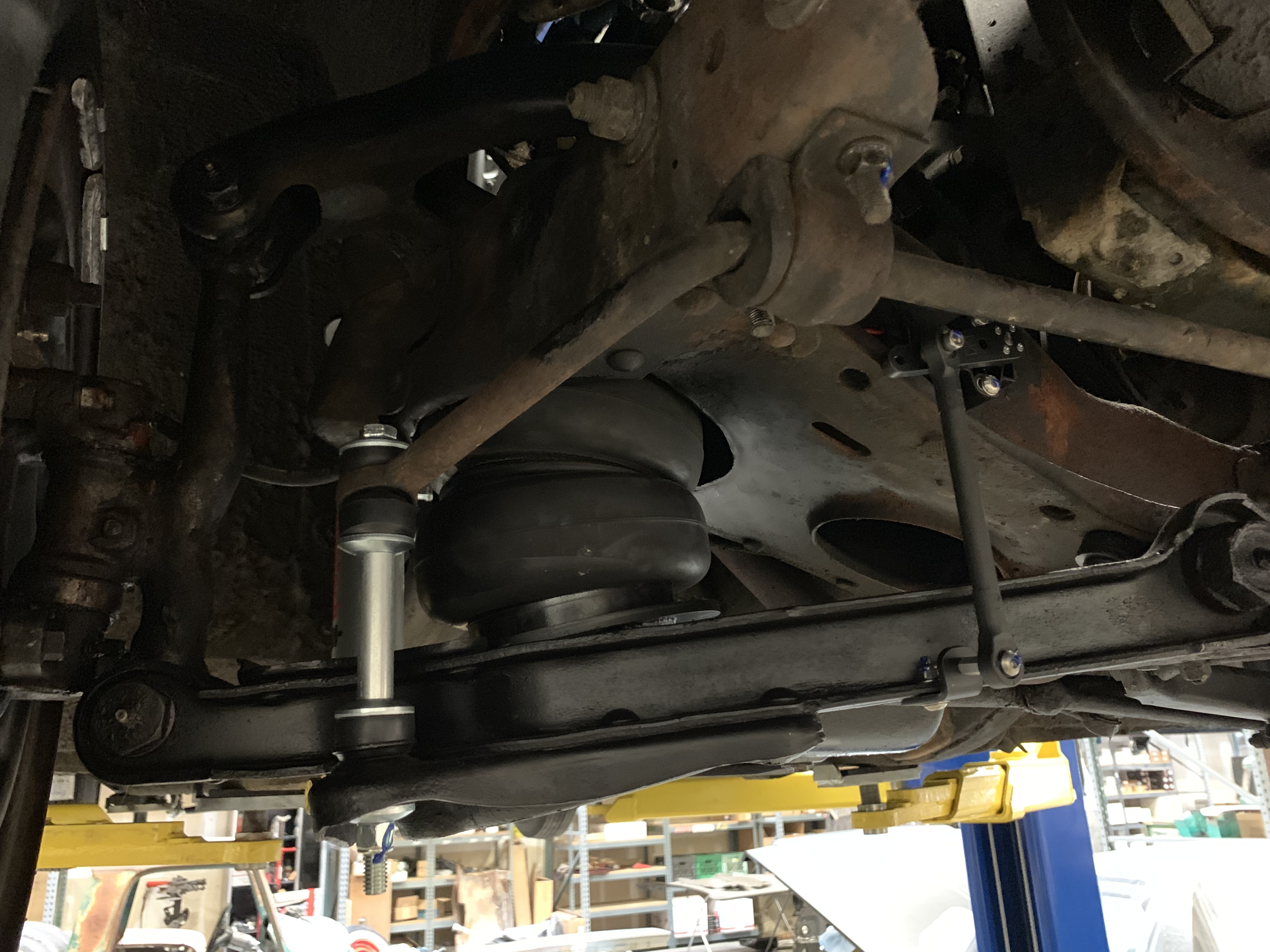 Back in the early days of airbags, things were a lot more like hydraulics. One would get in, lift the bags and then just hope that you were level. As time went on, gauges were introduced, and soon people were running three-pod pillars packed with the things. And now there are automatic leveling systems, with arguably the most well known of which being Accuair. With their e-level system, you push a button and you’re automatically at the height you preset earlier. Man, it’s cool how things go when you live in the future.

But which one is right for you? Good question, hypothetical customer we’re using as a plot device. Let’s find out.

Gauges are cheap. There, we said it. You can buy a single-needle gauge for $8, and if you’re trying to build your airbag setup for a small amount of money, that number probably sounds pretty good. You could get one of those and two dual-needle gauges for under $100, and then you’d always have your eyes on your tank and corners, whether you have a fancy pillar pod or not.

Automatic leveling systems are not $8. We sell the Accuair e-level kit for $1,195, and that gets you everything you need to control your ride height just like magic. That’s a pretty far cry from $8, so why do so many people do it?

While gauges will tell you the pressure that’s in your bags, they won’t show whether or not you’re actually level. 100 PSI in one corner isn’t going to be the same as on the other. No car is perfectly level, and once you sit in it — or you add other people with varying weights — it will all shift around, too.

When you set up an e-level kit, you program in exactly where you want the vehicle to sit. The initial setup will preprogram three positions — 10, 50 and 90 percent of overall travel. But from there you can tweak or tune it however you like. Take out a tape measure if you want and dial it in. That’s huge.

And what the Accuair system does that you won’t get with gauges is accommodate for passengers. Their system makes sure your vehicle is consistently at the ride height you set, no matter who gets in or out. So if you take your ride out to the store and then pick up five of your linebacker friends along the way, you’ll be at the same ride height the entire time. It’s a pretty sweet setup, and much easier than fiddling around with your gauges, hoping that you find the sweet spot.

Which brings us to another point ...

How much do you like to mess with things?

Some people always like to mess with things. They constantly fiddle, tweak and tune until things are just perfect, then they pull it all apart and do it again. And if you’re one of those people, that’s totally fine. You should probably have gauges.

Automatic leveling systems are made for people who want to set it and forget it. You turn the key, push a button and cruise. Don’t stress about what’s going on in the world, just drive at your preselected height. It’s easy.

Different strokes for different folks and all that.

And that’s the big takeaway here. No matter which way you go, there’s not a wrong way to do it. Some people start with gauges and then upgrade to an Accuair setup later on down the road. Maybe it’s to save up money, or because you don’t have the time right out the gate. Either way, it means that you’ve got air suspension on your vehicle — and that’s cool. Take it as a win and make the decision that’s best for you.