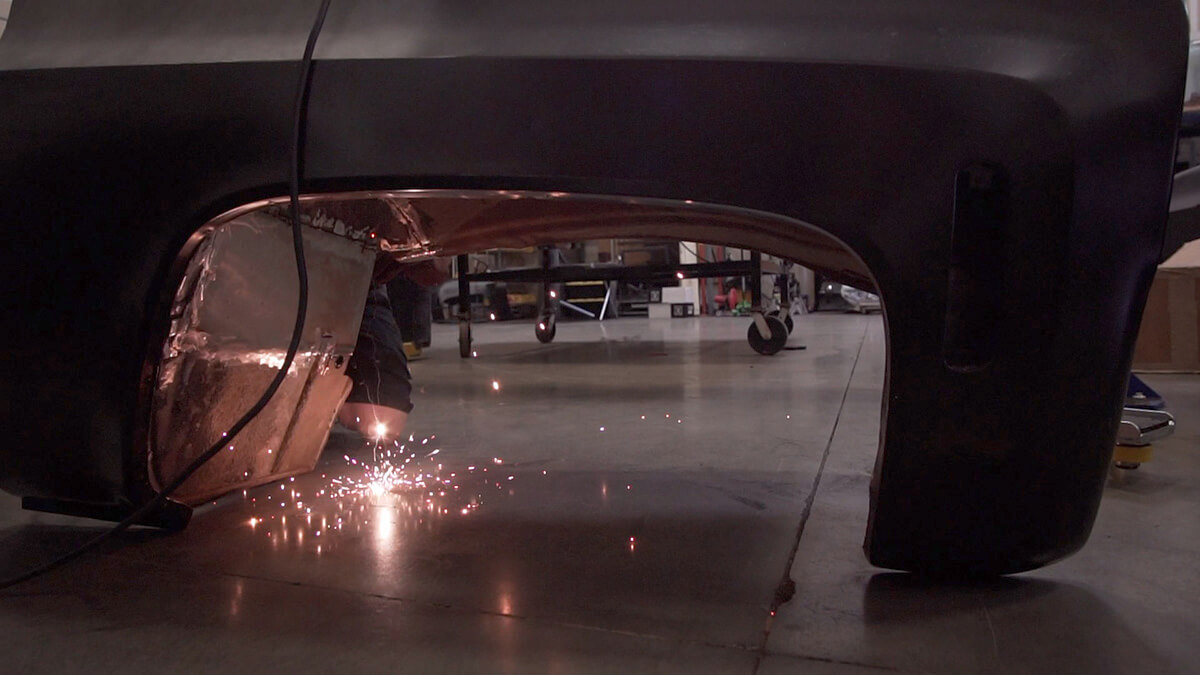 Say you’ve got a killer ‘67 C/10 cab, bed and front sheet metal, but you’re missing a bunch of parts — chassis, suspension, etc. Plus the cab has rusty rockers and corners, as well as the glass. Some of those things you could buy through the aftermarket for sure, but what would it cost? Would it be cheaper to buy an entire truck that does have the parts you need? Sometimes, yeah. And this is where the concept of a parts truck comes into play.

There are a few motivations behind the basic idea, and it starts with sheetmetal. There are lots of companies out there that sell aftermarket rockers, cab corners, fenders and the like, and some of them are made really well. But that’s not always the case. Sometimes it fits like a glove, and other times, not so much. The result is that you spend a lot of time and energy trying to make an aftermarket part fit. Then there’s the metal itself. Frequently it’s made of a thinner gauge than stock, because it’s cheaper that way. But that also means that it will weld at a different rate, making it more of a challenge to work with. Again, time and energy.

Which is a big reason why people buy parts trucks. Unless the aftermarket manufacturer uses the exact same metal and dies that the manufacturer used, the stock stuff will always fit better. And if you can buy a truck that is considered otherwise useless and get that metal for yourself, why not?

But it’s not just sheetmetal. Glass is another thing to consider, since there are lots of cars and trucks with special blue, brown or green tinted windows that can’t be reproduced inexpensively. Engine parts are another, particularly if you want something that’s very era specific. And sometimes your project truck is a project because it’s literally just a few parts. We’ve had customers come to us with a cab and a rendering — that’s it. Everything else has to come from somewhere, and that’s going to be either the aftermarket or a parts vehicle.

Most parts trucks are cheap for a reason. Usually it has to do with the lack of ownership papers — pink slip, title, VIN or whatever it is in your state. Because the truck can’t be legally registered for one reason or another, the owner has to sell it at a substantial discount, and usually labels it as “Use for parts” or something similar. And that’s where you can get some really good deals.

Let’s go back to the ‘67 C/10. Say you find a 1968 C/10 long bed for around $1,000-$1,500. It’s got decent rockers, but the bed is trashed from years of abuse. As for the chassis, who cares? You’re going to get one from your favorite suspension shop. And it has everything else you need, including decent glass. Plus, there’s always the quality question when it comes time to get those replacement rockers; Is the aftermarket metal of the same quality as stock? Probably not. If you were to buy all those parts by themselves, you might pay more than $1,500. And that’s why people buy parts trucks.

Of course, there are other reasons. If you’re building a cool truck, chances are you have a friend or two that is as well. Maybe they need a fender from a ’69, and you’ve got one from your parts truck. You could sell it to them for a few bucks. And as that process repeats itself, you end up functioning essentially like a mini junkyard until the parts truck is all used up and whatever’s left is ready for scrap.

And that’s the main motivation. First, it’s a way to get factory sheetmetal and parts for your current truck. Second, it’s a way to make some money by selling what you don’t need. And third, it may be a cheaper and higher quality option than buying things from the aftermarket.

Is a parts car or truck right for you? Well at the end of the day, ask yourself this question: How much will it cost for me to get the parts that I need to fix my vehicle? If it’s more than the cost of a parts vehicle, then you might come out ahead.