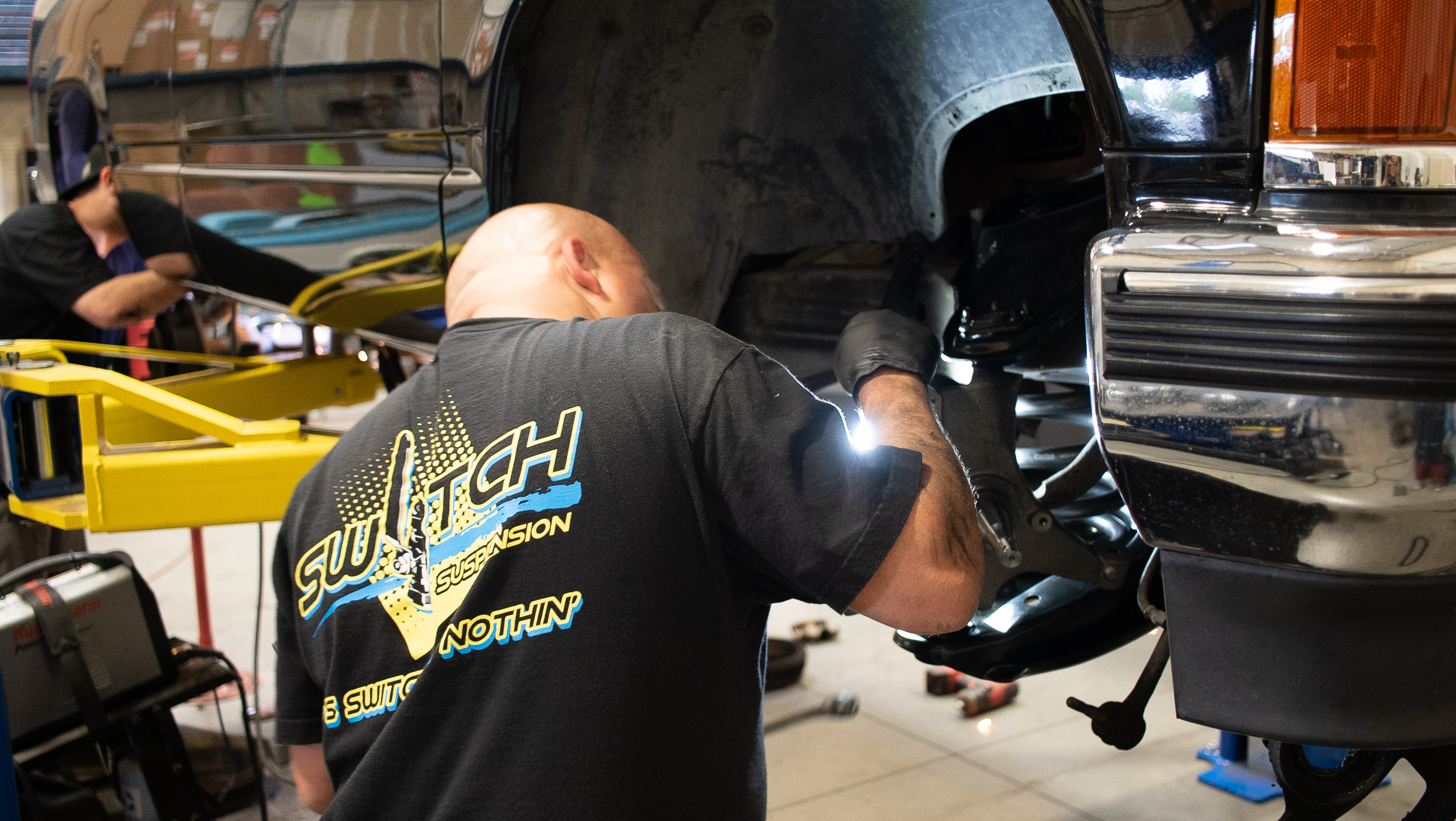 Sure, the day when you buy your project it seems like everything is perfect. You’ll build it, make it cool and then, some day, sell it as a full-blown custom. But sometimes things don’t work out and you’ve got to put it back to stock just to sell it. Or maybe you leased your car and now you want to de-mod it to turn it back in. Either way, you’ve got a problem, and it’s time to put your ride back to stock.

But how the heck do you do that? Well, this is a big topic, and it varies greatly depending on what you’ve got. But we’ve seen a lot of people turn in their leased vehicles or just want their ride put back to stock before, so we know what we’re talking about. Let’s walk you through the process.

If you’ve got a car, you might be OK.

Cars are easy. OK, they’re not always easy to build, but a lot of guys and gals out there put together a custom car in the same way: They buy springs, lower it, put it on big wheels and maybe do some stereo stuff. If that’s the case with you, then you’ve got it easy.

Hopefully, you’ve still got all your stock parts. If you don’t, then head over to a junkyard or (gulp) the dealership to get what you need. It may not be cheap, but what you want is everything to be exactly the way it was when you rolled it off the dealership floor or took the keys from its previous owner. If that means new struts, then put in new struts. Easy.

Where it gets more complicated is with custom mods. Let’s say you had the seats wrapped in custom leather with your name embroidered on the headrest. That may have been cool when you got it done, but chances are whoever’s buying your car may not be named “Keith.” You’re either going to need new factory seats from a yard or the dealership, or you can have them rewrapped again in factory materials. The same applies to custom mods like shaved handles and the like. Either you need to replace what you have or fix it, and that might involve a new paint job. It just depends on how far you went.

If you own a modern car, it’s likely that you didn’t cut it up too bad, so you should be fine. But if you’ve got a truck …

If you’ve got a truck, it might get a bit rougher.

So here’s the problem. As it turns out, people who build custom trucks tend to cut them up. Now sometimes it’s a simple thing like a bolt-in c-notch. And if that’s the case, you might be able to leave it alone and pray the dealer doesn’t notice. But if they do, they might call you on it. We’ve heard stories of people dropping off body-dropped trucks at the dealership and not stress about it, but we never heard the other side of the story, either. Granted, some dealerships will do c-notches of their own, but you may not be that lucky.

Now if you’ve notched or body dropped your truck? Good luck getting that thing back to stock. At that point you’re just too far gone to ever go back without crazy modifications like swapping out the frame. So forget about it and just move on.

But what if you’ve gone the other direction and lifted your truck? If you’ve done mostly bolt-on mods (and kept the stock parts), you’ll be fine. Take all the aftermarket stuff off, replace it with the original stuff and you’ve got yourself a stock truck. Easy peasy.

No matter what you do, make sure the vehicle is safe.

And this is a big point. Someone, somewhere, will drive your ride again. It might just be tooling it onto a tow truck to take it to a wrecker, but either way, someone will be in that driver’s seat. And even though you’ve put it back to stock, if there were things you did to cut corners, you could be liable for a future accident. And yes, that is a long-shot scenario. But think about this: What if you welded up a c-notched truck and some dude was driving it down the freeway and died because he was rear ended and the suspension and frame folded. If nothing else, it’s a moral issue — fix it right.

Otherwise, good luck! It’s not easy building a ride, and it can be even harder to put it back to stock. If you need help along the way, just give us a ring. We’re here for you.