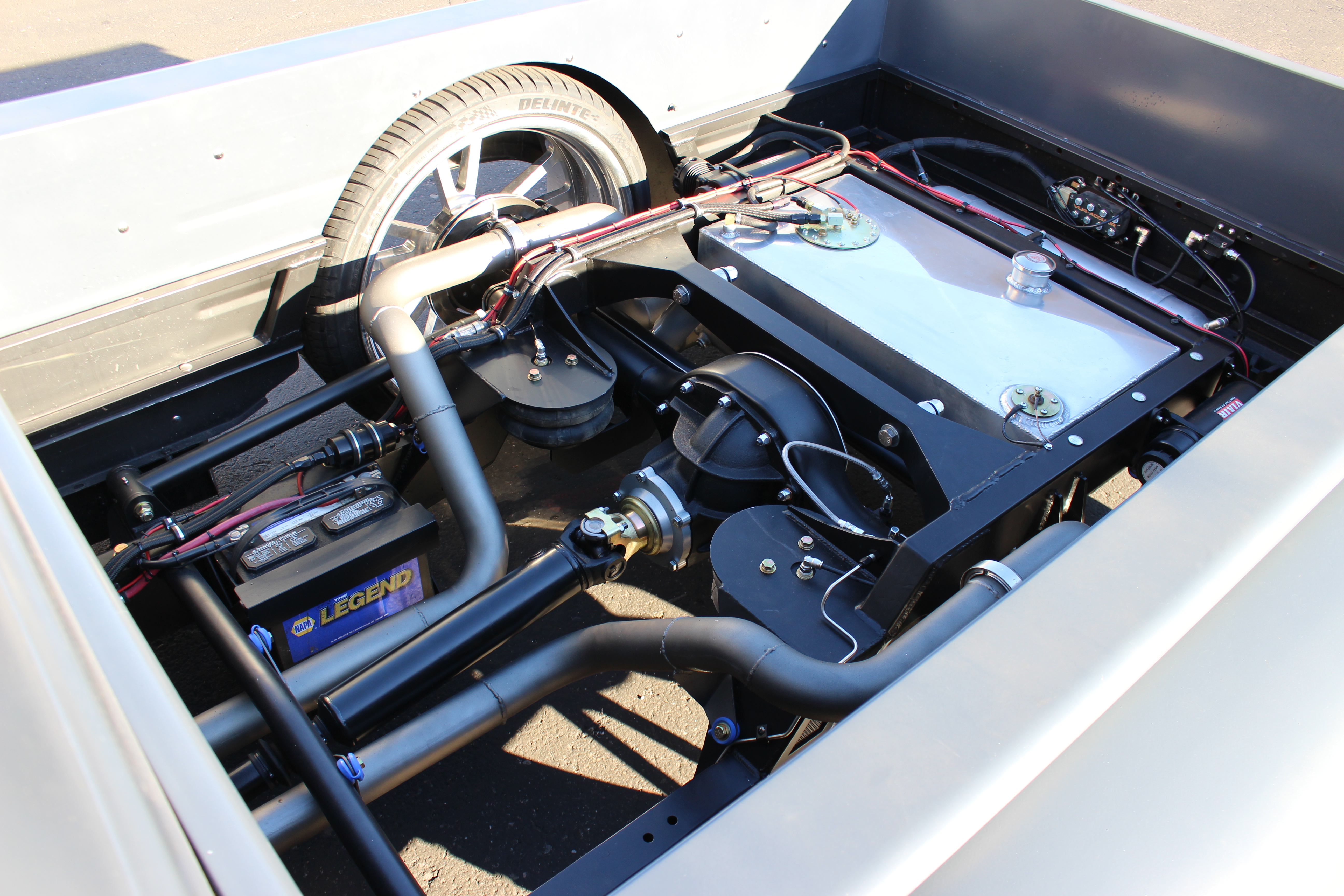 Want to lower your car? Makes sense. It’s kind of our thing. But that’s just the start of the question. Because if you do want to lower it, you also need to know what type of car suspension you have. And most of the time that seems like a simple question, but it’s not. There’s a lot of different options out there.

Want to know all about the different types of car suspensions out there? Then read on.

Let’s start with the basics: Independent vs. Dependent Suspensions

So let’s just assume that you’ve never seen a car’s suspension before in your life. Most cars today have what’s called and independent suspension, but back in the day, some cars (and some of today’s trucks) have a dependent suspension, at least in one part of the chassis. So what’s the difference?

Dependent suspensions are set up so that one side of the car is connected to the other. The most obvious way to see one of these is to look underneath any modern full-size pickup. There’s an axle that spans the width of the truck, and that’s connected to the frame by two leaf springs. Let’s say you’re driving that truck and you hit a bump in the right rear corner. That corner will lift in response to the bump — but the left side will actually do the opposite and drop. That’s because the two are connected, and dependent on each other.

Independent suspensions are the opposite. Each corner can move independent of the others, and therefore provide a more balanced ride quality.

Now before the skeptics come out, let’s state one other obvious fact: Independent suspensions can be tied together by something like a sway bar. But they’re not dependent because the corners still move independently of each other, there’s jut a sway bar there to minimize the difference between the two.

Most of today’s cars run independent suspensions, but it wasn’t always that way. In the beginning, cars had axles front and rear. Then it was just in the rear, when cars went rear-wheel drive with a live axle. Today, there’s a mix of both, with some cars having axles out back and independent suspensions up front.

If you do have a car with a dependent suspension, there’s a chance you’ve got leaf springs. When you look at the wheel from the side, these springs are long, but they’re quite thin from the back — maybe 2-4 inches in width. They’re held in place by a pivot up front, then another pivot that’s attached to a shackle, which is also a pivot. Then it’s bolted solid to the axle.

The idea with leaf springs is that they center the axle and provide some suspension travel. But they’re more suited for trucks, because they’re also made to handle heavy loads.

You’ll find these in a ton of cars out there — pretty much from every manufacturer other than some Honda vehicles. The idea with a MacPherson strut is that the coil is placed over a shock absorber, and the bottom of that assembly is bolted to the steering knuckle. At the top of the strut is a bearing that allows the strut shaft and coil to turn, which is does with every turn of the steering wheel.

In these situations, the strut is critical to your alignment. If the bottom mounting spots are worn out, the camber can throw things out, and you’ll have issues with handling.

Older Hondas — 1988-2000 Civics, for example — commonly run these kinds of suspensions. In these scenarios, there’s an upper and lower control arm, just like you’d find at the front of an older full-size Chevy truck. But the coil and spring combo — known as the strut assembly — does not turn like a MacPherson strut. Instead, it just controls the up and down movement of the suspension. In fact, it’s now like most newer Chevy trucks.

Older vehicles, particularly 1960s GM models, run the same type of setup as a full-size pickup. These have upper and lower control arms, and the coil spring sits in a pocket on the lower arm. The top of the spring is then in a pocket on the frame, and the shock runs through either the center of the coil or off to the side. In both scenarios, you’ve got an individual coil to work with.

Torsion bars are neat. They’re straight bars made of spring steel, and both ends are splined. On one side it goes into the lower control arm, and on the other it’s mated to a key. When the arm goes up and down, the torsion bar twists, allowing it to travel as well.

Twist beam suspensions are similar, but they’re usually mounted across the width of the vehicle, like found in some Volkswagen Jettas. At each end of the beam is a trailing arm. When the arm moves, it twists the beam across a mounting point, allowing travel.

Got it? Now get to lowering your car.

Now that you’ve got the basics down about all the different types of car suspensions, it’s time for you to start getting your own car down on the ground. Need help? Reach out. We’re here to help.